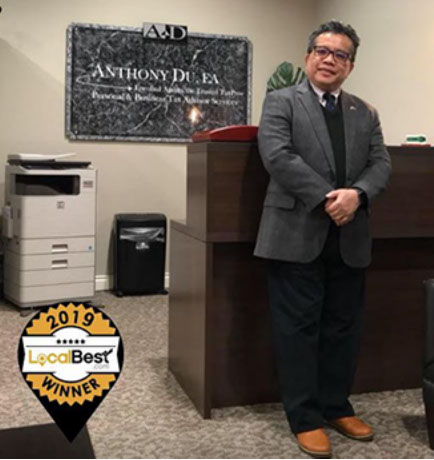 Tony has been in tax practice since 1992. He is an Enrolled Agent in OKC, the highest credential awarded by the IRS. Like attorneys and CPA’s he has unlimited practice rights before the IRS.

We work with you on a personal level to determine the best solutions for your unique needs, then leverage our seasoned expertise to achieve the best possible results. We are your trusted partner in success.

Our firm is large enough to offer a full range of professional tax services at a fair price, but small enough to give you the individual attention that you deserve. Rest assured that when a need arises, our firm is ready and capable to handle everything for you so you can focus on what matters most to you.

In 1992, Tony found a career that intrigued him. He became a tax research and financial services assistant to Tom Ledbetter, a Certified Public Accountant and Certified Financial Planner in Oklahoma City. Tony found his talent and has followed that interest ever since. 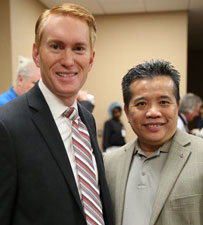 Tony was living 96 miles from Saigon when the former capital of South Viet Nam fell to the North Vietnamese in summer of 1975. Like hundreds of thousands of people that feared communism and political persecution, Tony (of Chinese descent) tried to flee the country in an unseaworthy wooden boat across the South China Sea. In 1978, on his seventh boat attempt he was successful and arrived in Malaysia.

He spent the next 10 months in a refugee camp. Tony immigrated to the Unites States under the Vietnamese’s Refugee Boat People program in 1979 and lived in Duluth Minnesota for six months. Tony then moved to Oklahoma City and was reunited with his family. He proudly passed the United States Citizenship tests and become a Naturalized U.S. Citizen in 1985.

Through hard work and determination, Tony achieved his goals and ambitions in the United States. He was named the General Manager of the wholesale tuxedo division of Toms Formalwear, in Oklahoma City in 1988.

Tony is available to meet and learn about you,
your needs, and your business.